A native of England, Joseph Pearce is Director of Book Publishing at the Augustine Institute, and editor of the St. Austin Review, series editor of the Ignatius Critical Editions, and senior contributor at the Imaginative Conservative. His personal website is jpearce.co.

The internationally acclaimed author of many books, which include bestsellers such as The Quest for Shakespeare, Tolkien: Man and Myth, The Unmasking of Oscar Wilde, C. S. Lewis and The Catholic Church, Literary Converts, Wisdom and Innocence: A Life of G.K. Chesterton, Solzhenitsyn: A Soul in Exile, and Old Thunder:  A Life of Hilaire Belloc, Joseph Pearce is a world-recognized biographer of modern Christian literary figures.

His books have been published and translated into Spanish, Portuguese, French, Dutch, Italian, Korean, Mandarin, Croatian, and Polish. Pearce has hosted two 13-part television series about Shakespeare on EWTN, and has also written and presented documentaries on EWTN on the Catholicism of The Lord of the Rings and The Hobbit.

He has participated and lectured at a wide variety of international and literary events at major colleges and universities in the U.S., Canada, Britain, Europe, Africa and South America.

Professor Pearce is also an editor for the Ignatius Critical Editions. 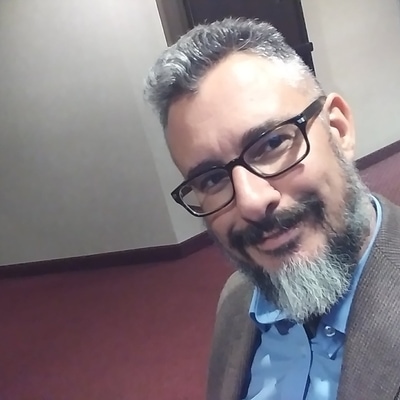 Student: “Mr. Pearce explained the books so well! I thought I had done a lot of research on [Lord of the Rings], but I realized how much more there was to learn!”

"An awesome way for me to further understand J.R.R. Tolkein's 'The Hobbit'"

Student: “This was an awesome way for me to further understand J. R. R. Tolkein’s The Hobbit. I feel like I now know all of his double meanings and easter eggs. I would definitely recommend this course to any kid (or adult!) who is interested in The Hobbit, or The Lord of the Rings Trilogy.”

"Learning more about the books helped me appreciate them even more"

Student: “I already had a great love for The Chronicles of Narnia, but in learning more about the books helped me appreciate them even more!”

"Your classes are the things I miss most about high school"

Student: “I have deeply missed taking your Homeschool Connections classes. In fact, I’d say that your classes are the things I miss most about high school. All that I have learned from them has already been helping me in college at the Catholic University of America, especially the class on The Lord of the Rings. One of the papers I had to write in philosophy involved taking a fictional character and applying Aristotle’s six states of character to this person. Without a shadow of a doubt, I picked Frodo Baggins focusing on his character in The Return of the King. I got an excellent grade on the paper, and my professor recommended I submit it for consideration to a philosophical journal the university publishes. It is entirely thanks to you that I understand Frodo’s character so well. I cannot express my gratitude enough, so I can merely say thank you for all that you taught me. I hope that you have a very happy new year!”
~ Annaliese, Homeschool Connections graduate

Student: “This class really helped me to understand the play in its fullness. It was a very eye-opening experience!”

"I love how he explained the story

Student: “I love how he explained the story and the parallels that I would never have seen “

Parent: “My son – who HATES poetry – enjoyed the Joseph Pearce poetry class. I think it helped that it was history + poetry!”

Student: “Professor Pearce is an awesome instructor and I really did learn a lot!!”

"He makes his lectures interesting and easy to understand"

Student: “I really like the way Professor Pearce teaches. He leaves all the questions for the end so that the lecture doesn’t go off topic. Also he makes his lectures interesting and easy to understand! “

"Helped me to understand the background information"

Student: “The class was great! Prof. Pearce’s explanations helped me to understand the background information in Chesterton’s work, the events that prompted him to write “The Everlasting Man”, and the reasons why he used certain arguments.”

Parent: “Professor Pearce is an outstanding instructor. He helped my 5th grade son to see that there is much more to the story of The Hobbit than just the literal tale.”